Ever since the establishment of the college, the NCC unit has been initiated with a view to arousing virtues like brotherhood, character building, sense of adventure, sportsmanship, patriotism, courage, fearlessness, respect to all religions, etc., in alumni. The NCC unit of this college is duly affiliated with 1st Gujarat Bn. NCC, Ahmedabad. A senior division in NCC unit has been running since 1960 in which the strength of cadets is 160 at present.

Since 1960 the college NCC unit has been served by active, enthusiastic and sincere ANOs. At present Lt. Dr. H.M. Ant has been sparing his services as an ANO. In the year 2005, Mr. Ant received training of Lieutenant in which he stood first in Weapon Training so he has been honored by Brigadier Mr.Fatak.

The college NCC unit has been equipped with all the necessary facilities. It has a separate office with three store rooms (i.e. General Storeroom, SD Storeroom, SW Storeroom) where the clothing items, Demo Rifles, musical instruments for parade and different charts have been stored. The large parade ground and classrooms of the college are utilized when the parade takes place.

In the beginning of the academic year, alumni are encouraged and then selected for NCC on the basis of their physical fitness. Parades take place on the Saturday. Independence Day and Republic Day are celebrated by the NCC unit zealously. The leading events of this celebration are the rifle parade, flag salutation and chanting of the patriotic songs. The cadets of the college NCC unit participate in different camps like CATC, ATC, NIC, RDC, Tracking and Parachute held at different places in the country. The cadets also spare their services to maintain law and order during college programmes. In the camp held by Gujarat Government titled ‘Karmayogi Shibir’, the college NCC cadets duly rendered their services in supervision and to maintain law and order. At the ending of the academic year, the college NCC Unit conducts written theoretical and practical examination for B and C certificates. The best cadets are awarded by the college. In addition to abovementioned formal activities, the extra activities like Map reading, firing are also undertaken. 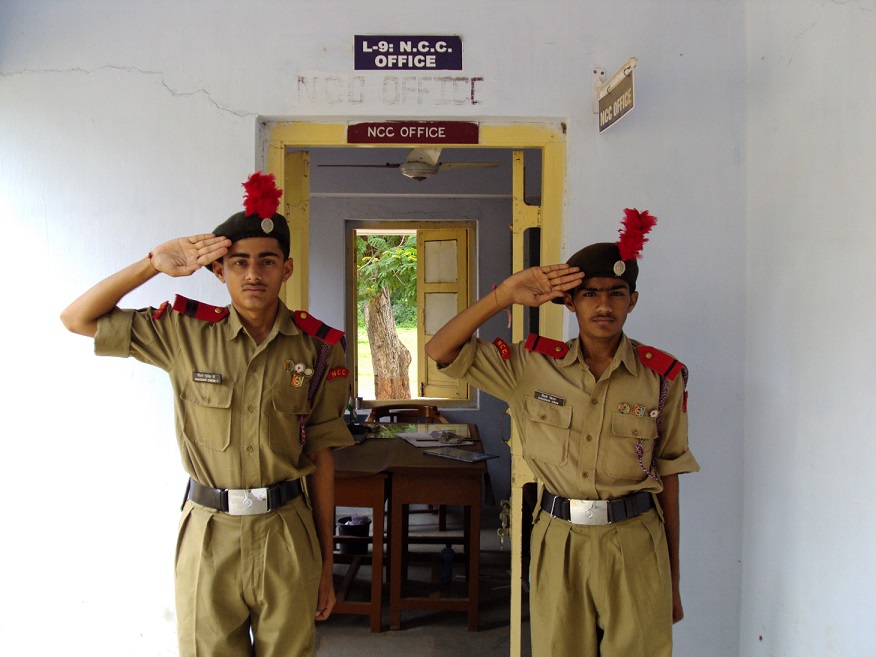 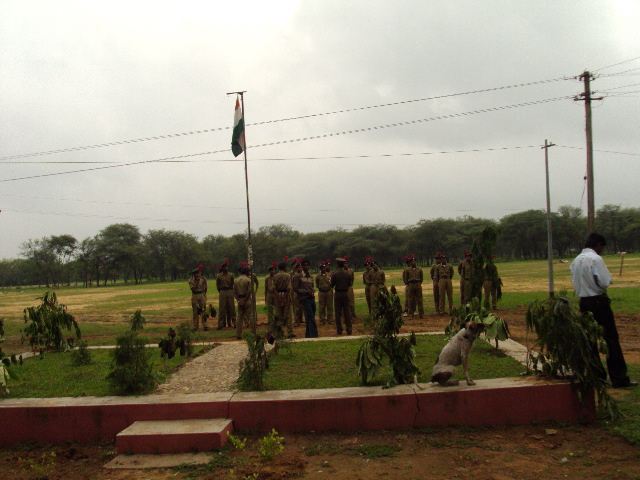 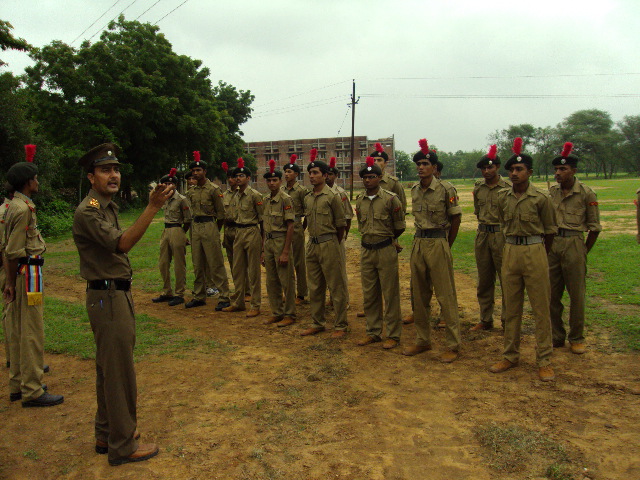